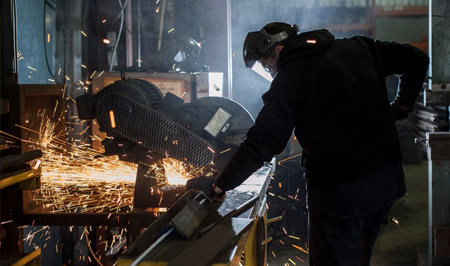 With a recent expansion to a second shop and growing demand for its services, Patrick Mechanical Ltd. projected it would have to grow its labour force by a whopping 27 per cent just to fulfill its obligations.

But with skilled trades workers in short supply, and the labour gap growing ever wider, the Lively-based mechanical contractor knew it needed to stand out from the competition in order to attract the industry’s top-notch talent.

That’s when Darlene Lilliane decided to flip the recruitment process on its head.

“We always get common questions when we’re booking interviews with new candidates, especially when they’re younger; they want to know what to do, how to prepare for the interview,” said Lilliane, an experienced human resources specialist with more than a dozen years in the field under her belt.

“So, we decided to do videos.”

In late 2019, Lilliane’s first vignettes – usually no more than one or two minutes – made their online debut. In some, she speaks to skilled trades professionals about their job and their role within the company. In others, she shares tips about her best interviews and the qualifications she looks for in candidates. Still others reveal snippets from the job site to show some of the work the company is undertaking.

Lilliane had no idea what the response would be, but it worked.

Viewers started watching and liking the videos, and then the questions and comments – and applications – started rolling in.
“Once we started to see buildup, it was, like, I needed a licensed millwright, and now I have five,” Lilliane said. “That never would have happened before we started doing that.”

Since then, she’s shared dozens of videos to social media, covering everything from the most common questions asked in an interview to dealing with emotionally charged issues in the workplace.

She maintains an active presence on the company’s social media platforms, posting regularly and responding directly to candidates who have questions about the company, the job, or the interview process.

Feedback from those watching informs her upcoming videos and fuels her imagination for what might come next.
It’s a unique approach for a small industrial firm in Northern Ontario.

Despite a brief dip in business during the early weeks of the COVID-19 pandemic, work has remained steady for the shop. And they’ve already filled many of the vacancies they’ve posted about over the last several months.

Lilliane said part of their success lies in continuous hiring. Rather than just putting out a job posting when the business needs to fill a spot, they’re constantly on the lookout for the next talented worker.

“If I’m only looking when I need someone, I will never find that person,” she reasoned.
Visitors landing on the ‘Careers’ page of the Patrick Mechanical website can view more than a dozen job titles and apply directly through the website.

Even if the firm isn’t hiring at that point, reaching out to the candidate can initiate an exchange that could lead to future employment, Lilliane said.

She kept in touch with her “longest running candidate” for seven months before that person became an employee, eventually getting hired on as a project manager, Lilliane said.

“Continuous recruiting is really important, because maybe you don’t need them that day, but definitely down the road you may end up needing them.”

Though the videos far predate the onset of the pandemic, Lilliane’s timing couldn’t have been better.

With COVID-19 limiting face-to-face interactions, more of the recruitment and application process has moved online.

Social media and online networking has also become the primary language of the upcoming generation of workers.

Younger candidates are more likely to reach out through email or social media than in person or over the phone, she noted.

That’s exactly the demographic that she hopes to target with her upcoming series of videos that she said will explore work-related “firsts”: things like how a job-seeker should engage in their first interview, or the ins and outs of landing their first out-of-town job.

“I think we’re going to focus a little bit on that just to help out. That seems to be the questions we get a lot of,” she said.

“We’re just really going to be going back to the basics.”

If you’re too busy to chat now, please enter your cell # and message below and we will text you back as soon as possible.